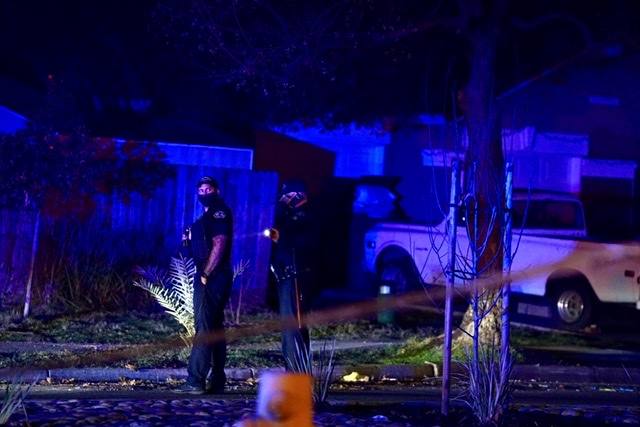 The shooting happened on Malik Avenue near Strawberry Fields Park shortly before 9:00pm. Early reports indicate the victims were taken by private vehicle away from the scene before they were transported to local hospitals.

An official at the scene said one victim was struck in the elbow, the other victim was in surgery and there was no further information on their condition at time of publication. No suspect information or motive was available either.

Several neighbors heard the gunfire and commotion. Police officials at the scene said they were trying to retrieve surveillance video from several homes. The shooting appears to have happened in close proximity to the street.

Although residents said the neighborhood has been relatively safe, the shooting left them with an uneasy feeling as some homes were struck by stray gunfire.

Anyone with information regarding this case is encouraged to contact the Ceres Police Department or Crime Stoppers at (209) 521-4636 where callers can remain anonymous.