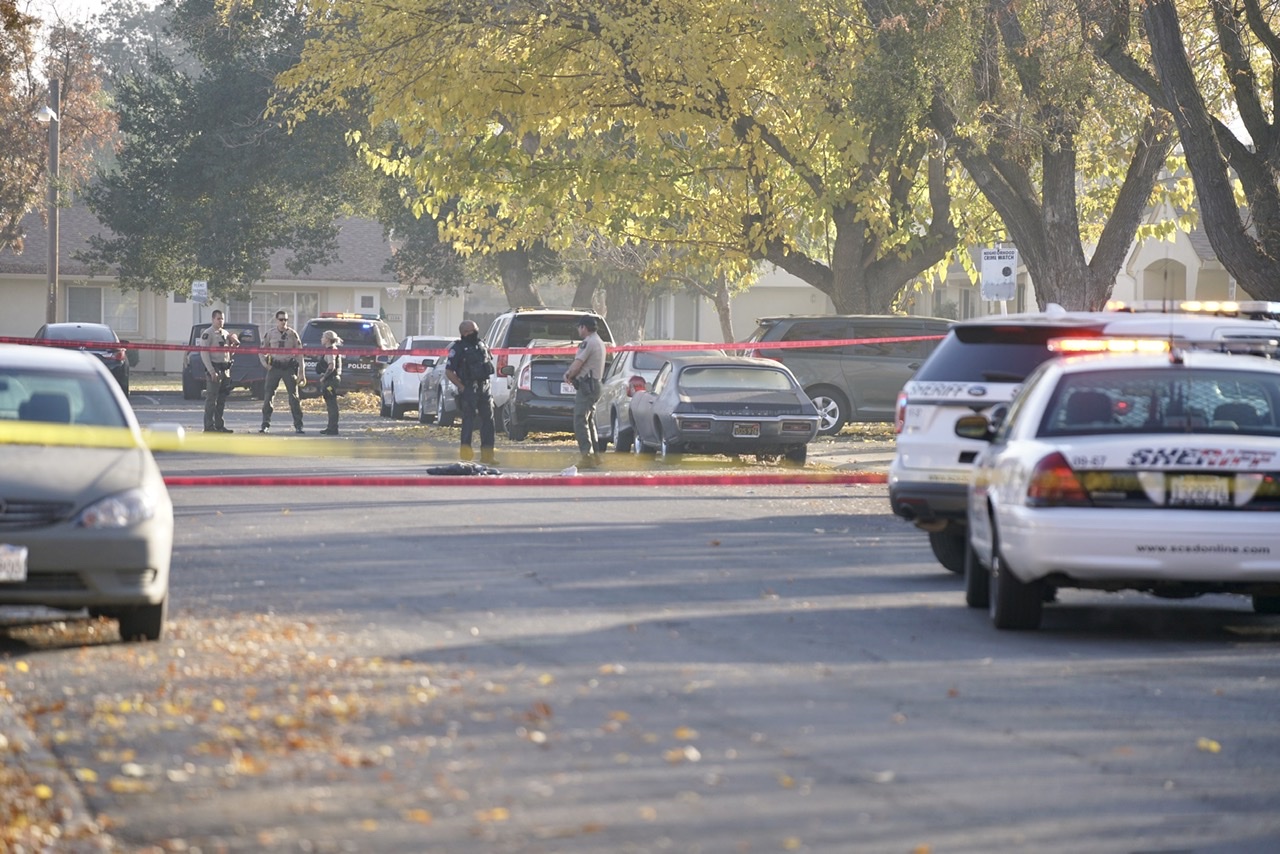 MODESTO – Authorities investigated a shooting Wednesday morning that claimed the life of one person.

Police officers and sheriff deputies responded to the 1700 block of Ontario Avenue shortly before 8:30am for a report of a person shot. Police found a man down in the road suffering from gunshot wounds.

Officers provided aid to the man until medics arrived and transported the victim to a hospital. The victim died from his injuries.

A description of the suspect vehicle was provided to authorities, which was later seen leaving the area. Several agencies including Modesto Police Department, the Stanislaus County Sheriff’s Office and the California Highway Patrol pursued the vehicle south into Merced County until it stopped near the Sultana Drive over crossing on Highway 99.

Armored SWAT vehicles responded and were used to surround the suspect vehicle. The driver exited and was detained by authorities.

No further details were released by authorities Wednesday afternoon, but asked for witnesses or anyone with information to contact Crime Stoppers at (209) 521-4636 where callers can remain anonymous.