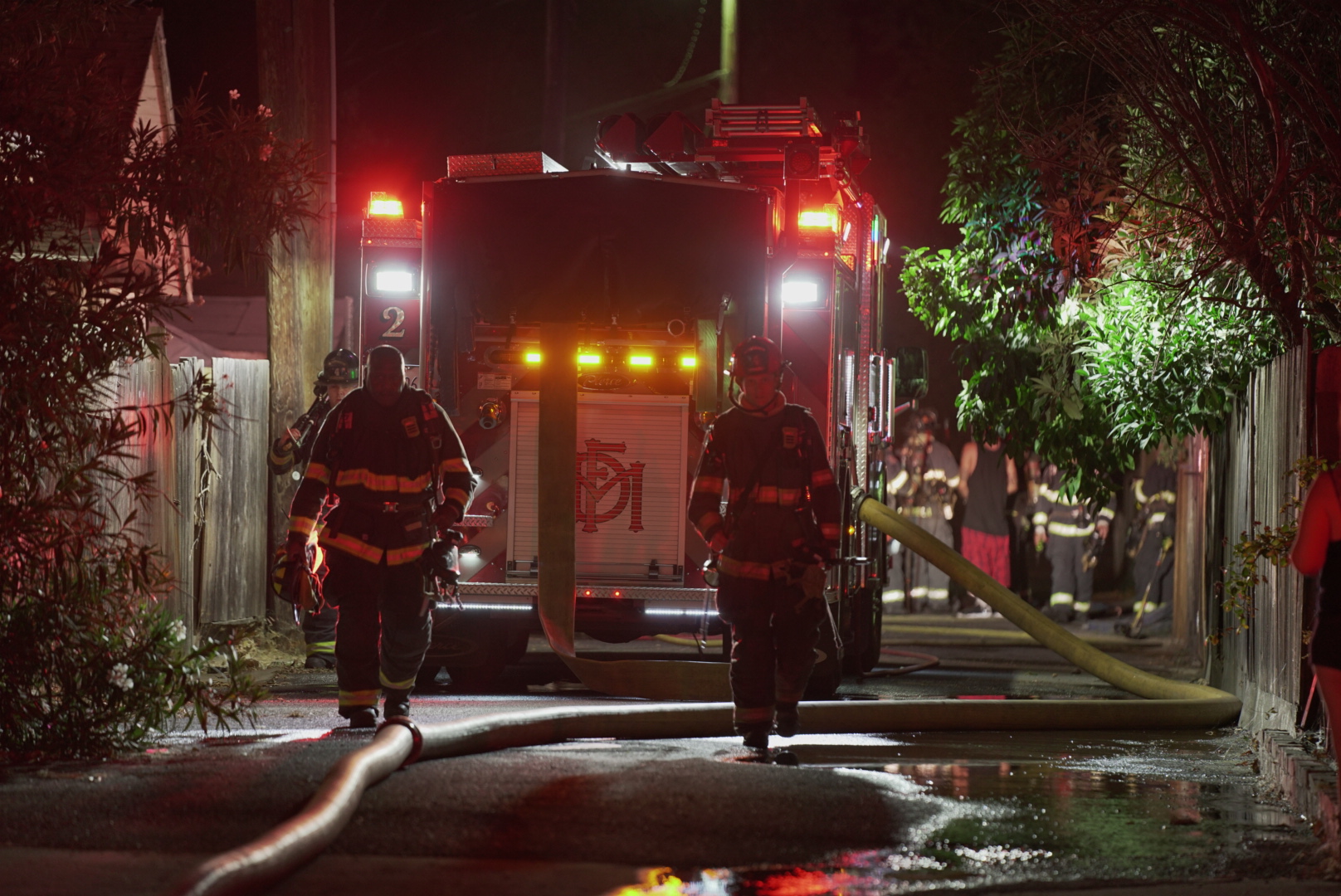 All fires were controlled within an hour. An investigator was dispatched to the scene to determine the cause.

No damage estimate was available Tuesday night, and there were no reports of injuries.