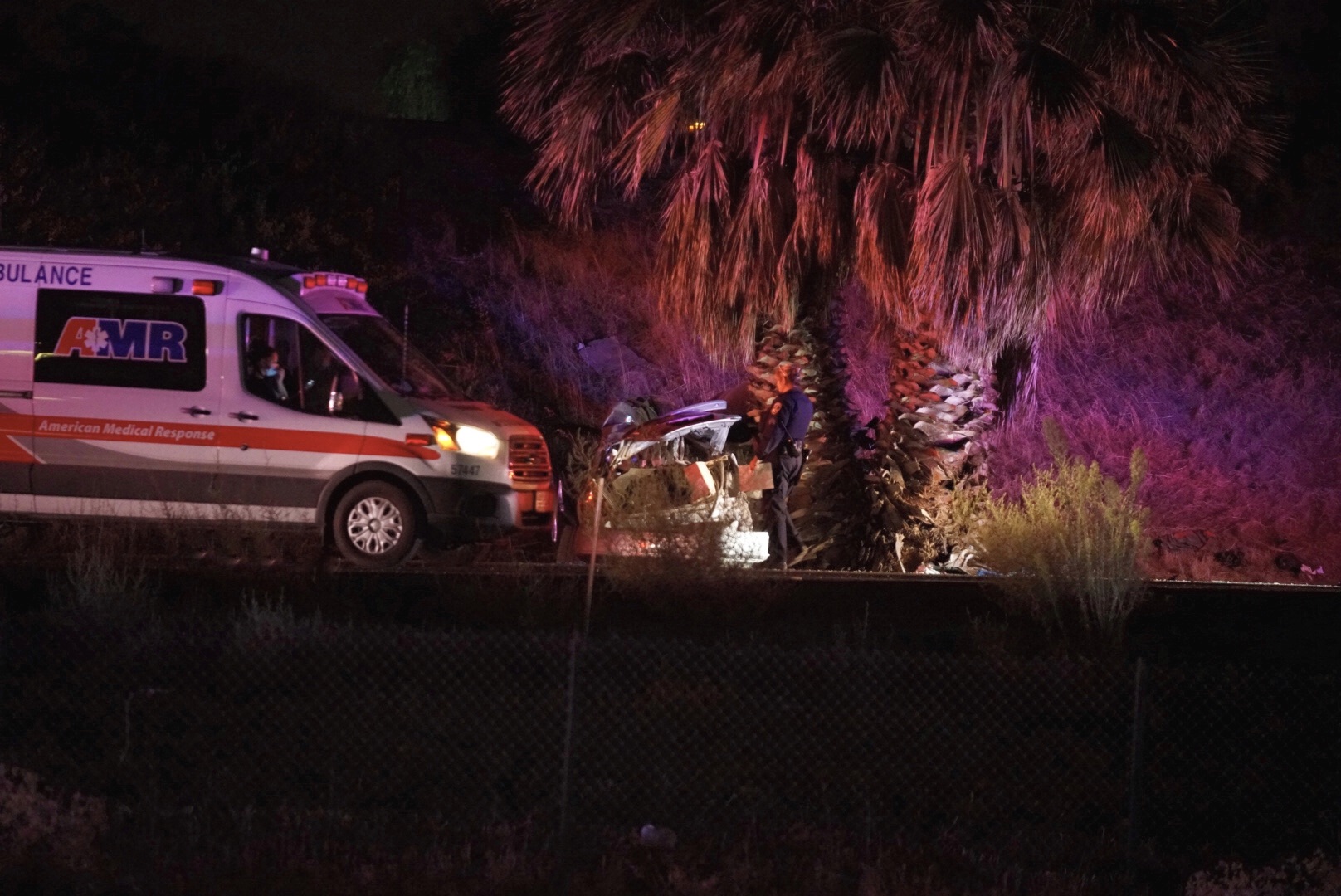 The collision happened on the Tracy Boulevard onramp to Westbound Interstate 205 Friday evening. At the scene, a gray sedan appeared to have collided against a pair of palm trees. Early indications suggest the vehicle was fleeing from authorities during a pursuit.

The onramp was closed down to traffic while officers with the California Highway Patrol investigated. Two ambulances were at the scene, but cleared the area at about 8:45pm.

A crowd gathered at a nearby gas station shortly after the crash, presumably relatives of the occupants of the vehicle which had caught fire.

By 9:00pm the onramp remained closed for investigation.

Radio traffic audio of the incident from the California Highway Patrol can be found below.

Related Topics:california highway patrolchpcrashfatalpursuit
Up Next 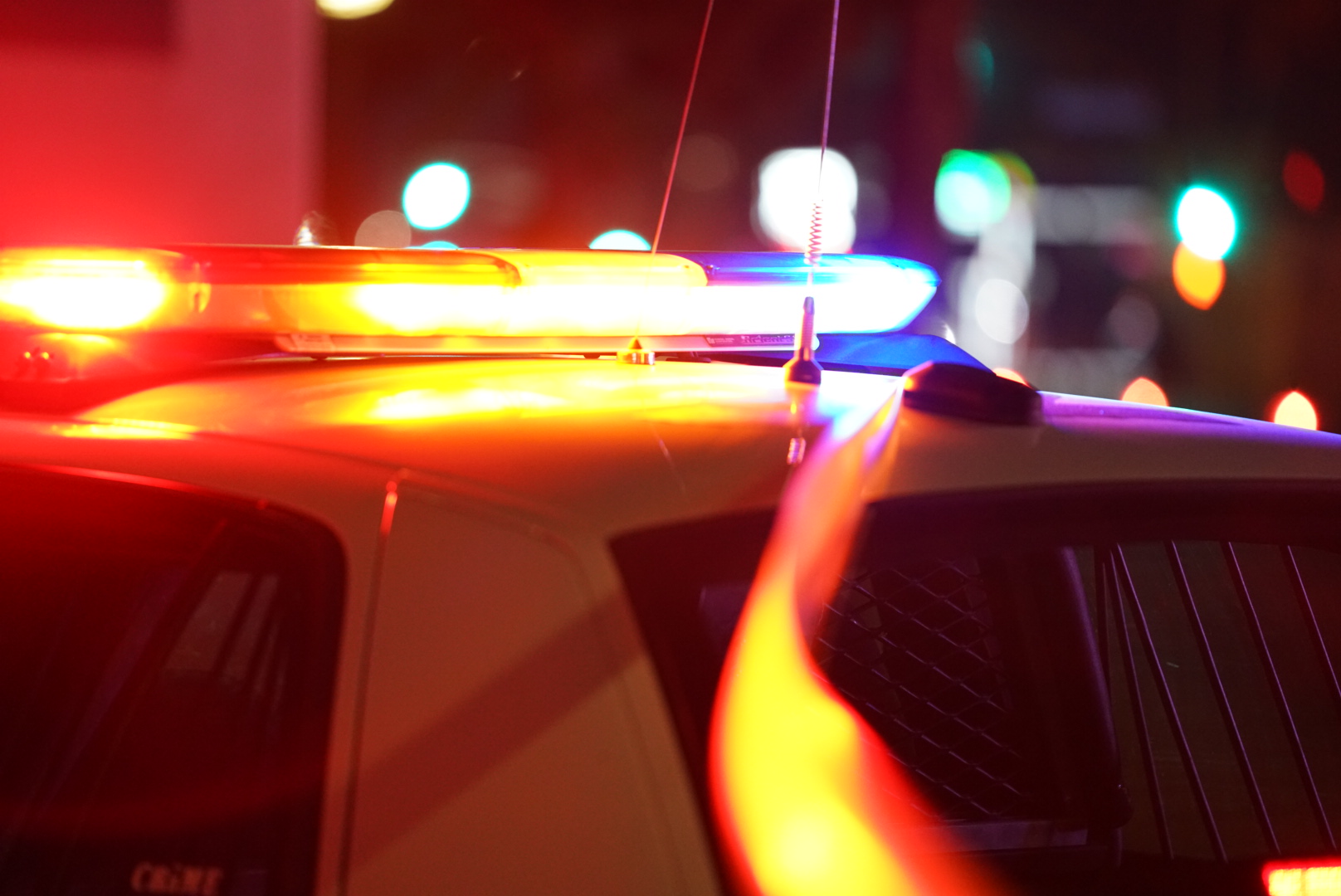 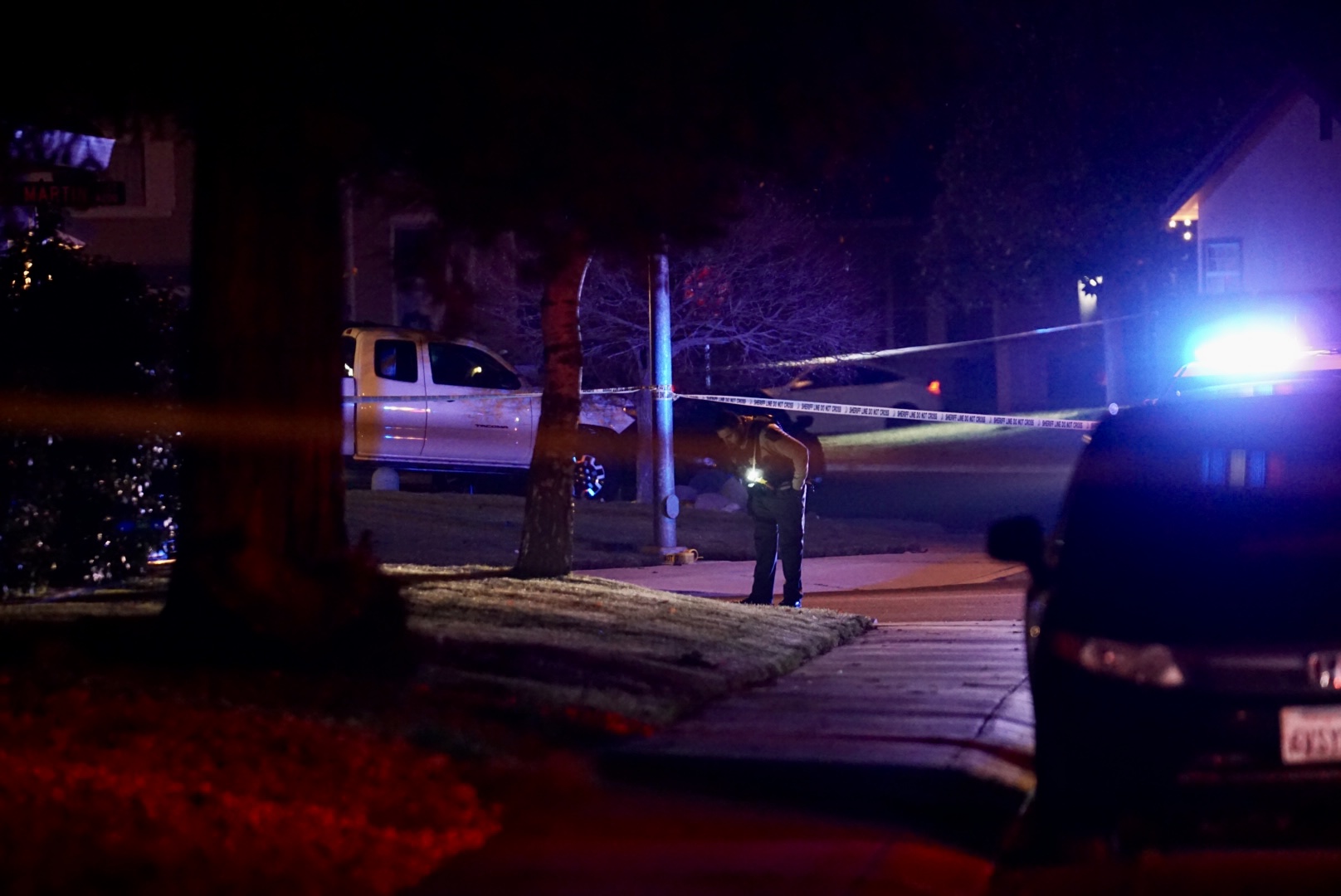