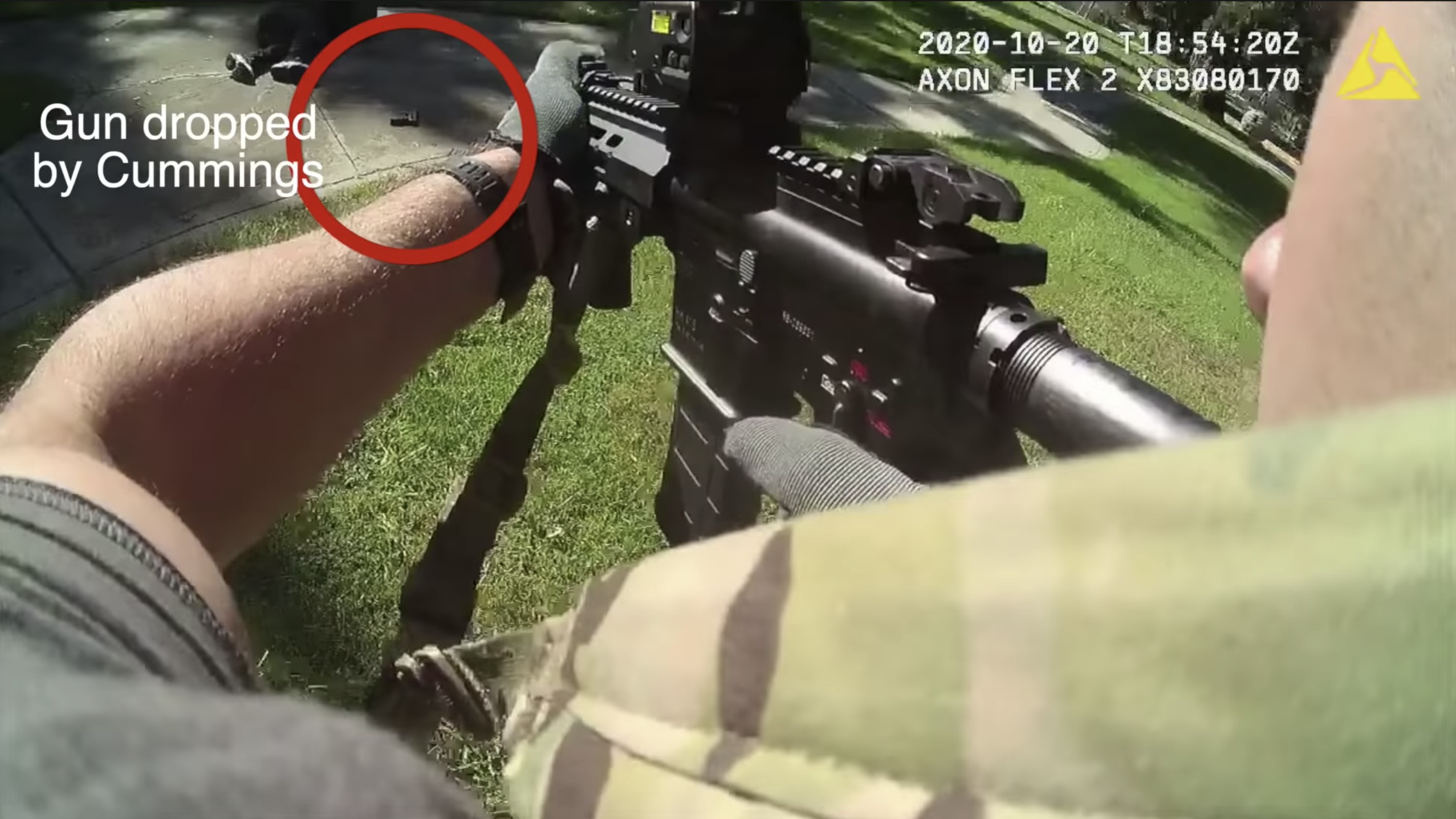 MODESTO – Authorities with the Modesto Police Department released body cam video on Wednesday detailing a double homicide and subsequent officer involved shooting days later with the suspect in the case.

The homicide happened on Friday, October 16th on the 200 block of Semple Street in Modesto. Shortly before 9:00pm officers were dispatched to a report of a shooting with multiple victims in front of a home. Two men and a woman were found suffering from gunshot wounds. They were rushed to a hospital, but unfortunately two of the victims died.

Investigators determined the suspect involved in the shooting acted alone, and initially targeted a nearby residence during the shooting. He was identified as David Cummings of Stockton.

Cummings had an extensive criminal history, with involvement in a 2011 shooting with multiple victims that became a homicide, according to the police department video. He also had prior charges including weapons violations, theft and robbery, resisting arrest, and battery on a police officer. He had recently been released from a 64 month prison sentence.

The video continues with body worn camera perspectives of a takedown team that had tracked Cummings to Sherwood Park in Stockton. Investigators located the vehicle he used to flee the Modesto shooting. Detectives coordinated efforts to distract Cummings with a flash bang device and arrest him, however he fled out of a parked vehicle armed with the same weapon used in the Modesto double homicide.

Cummings was rushed to the hospital by ambulance. Authorities said he is expected to survive.

No officers were injured and there were no other injuries reported during the confrontation with Cummings. The shooting remains under investigation by the Stockton Police Department and San Joaquin County District Attorney’s Office.

Click HERE to watch the body worn camera videos released by police. Video may be considered graphic for some viewers.

Police Arrest Felon With Gun After a Pursuit, Crash