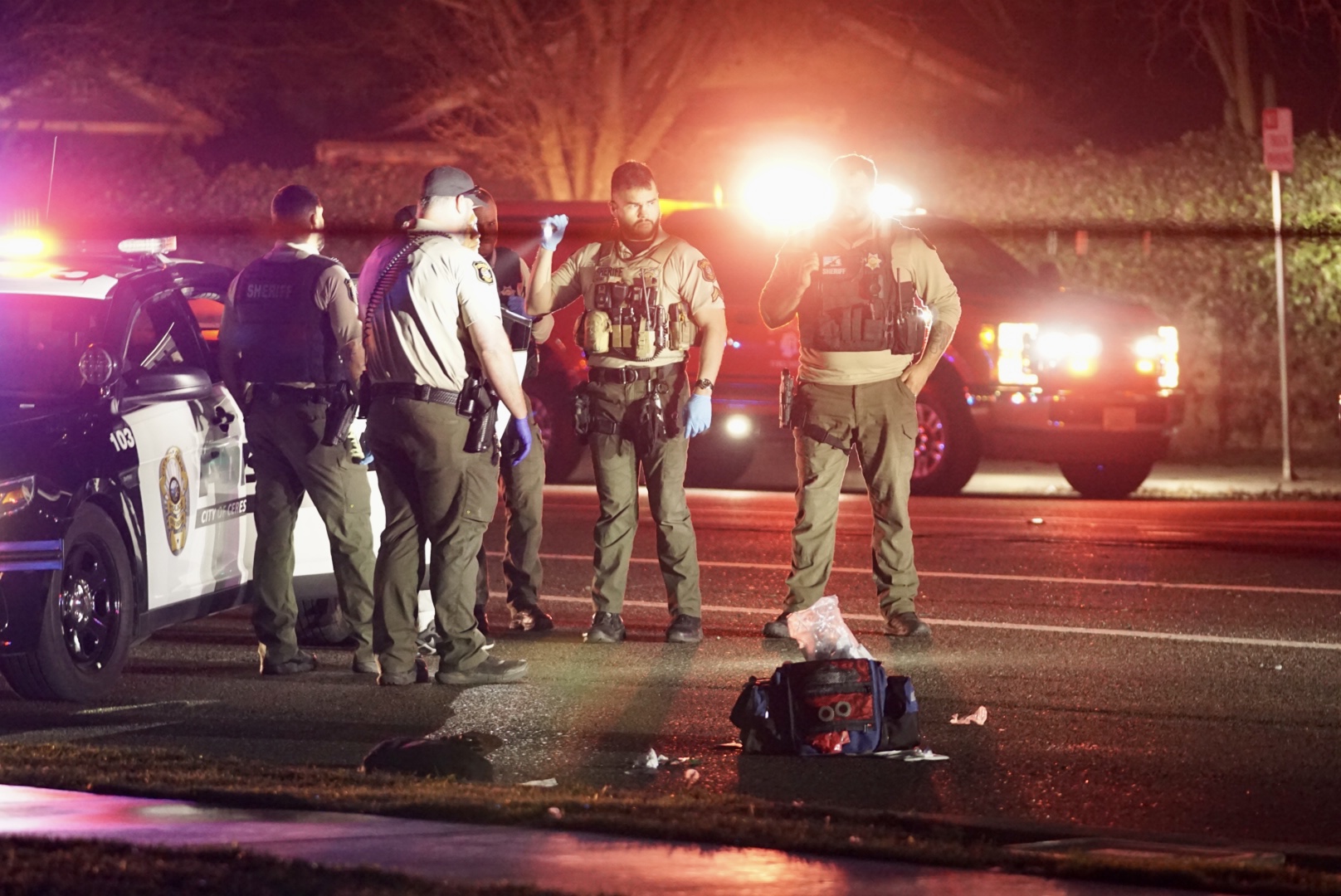 CERES – A police officer was rushed to a hospital after he was stabbed by a robbery suspect late Saturday afternoon.

Shortly after 6:00pm, officers with the Ceres Police Department were called to the Quick Stop at the intersection of Morgan and Service Roads for a report of a robbery that had just happened. Responding officers were told that the suspect did not use a weapon during the robbery, and he was last seen on foot heading north on Morgan Road from the business.

The officers quickly located 33 year old Joseph John of Turlock, who matched the description of the robbery suspect. John was stopped near the intersection of Morgan and Hackett Roads, however he would not comply with officers according to authorities. As other officers began to arrive, he walked away. An officer holding a taser tried to order the suspect to surrender, but he fled on foot. He then fought with officers after a short foot chase, stabbing one of them with what was described only as a concealed weapon.

The suspect was taken into custody, and the wounded officer was rushed to a hospital. He was said to be stable Saturday night. Modesto Police Officers and Stanislaus County Sheriff Deputies also responded to the scene to assist. The intersection was closed down for a few hours while authorities investigated the incident.

According to a release from the Ceres Police Department, Joseph John was said to have several outstanding warrants for his arrest. He was booked into the Stanislaus County Jail on charges including robbery and assault with a deadly weapon.

Anyone with information regarding this case is encouraged to contact Detective Amador at (209) 538-5729.