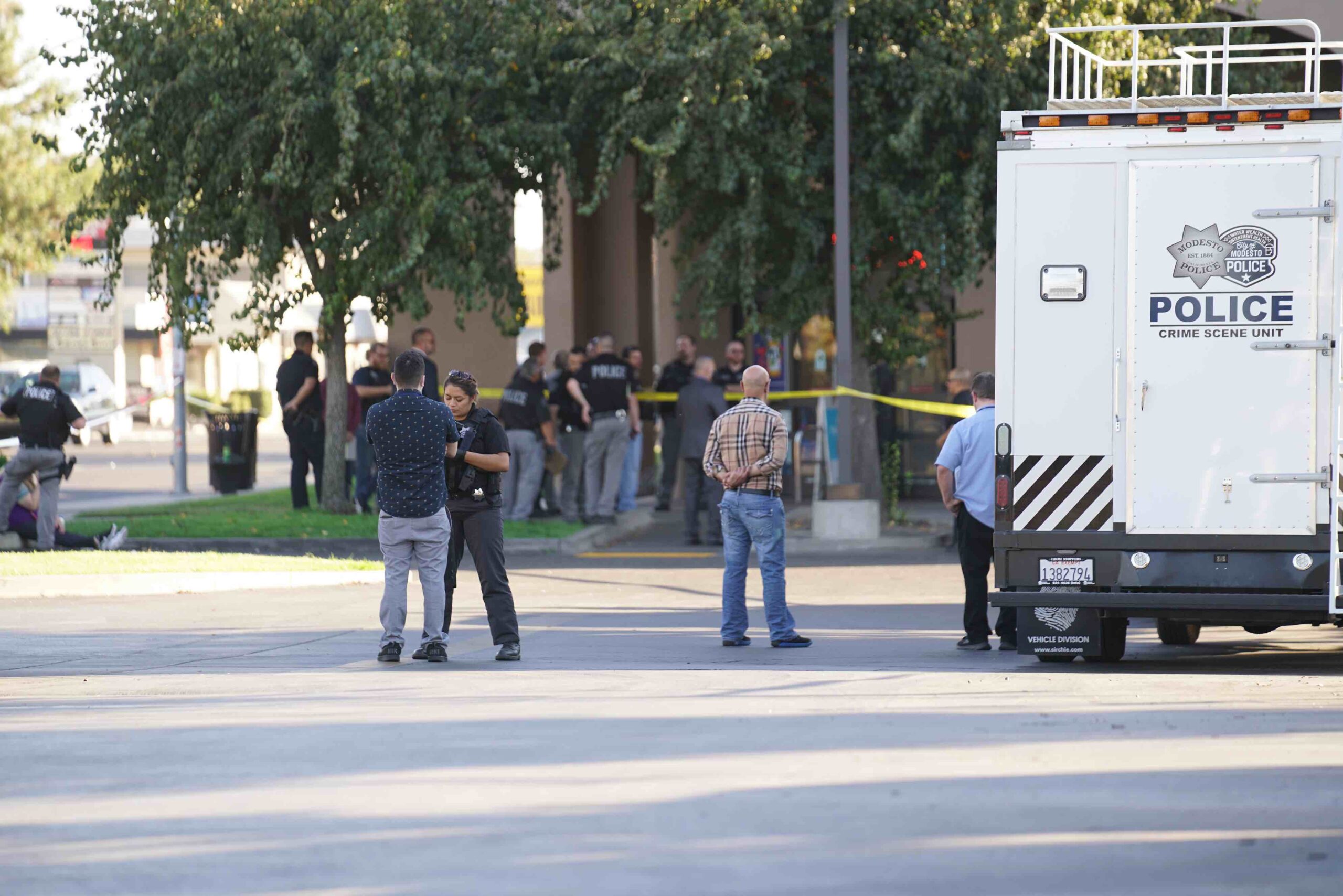 The shooting took place October 21st in the Walgreens Pharmacy on McHenry Avenue near Roseburg Avenue. Officers with the Modesto Police Department conducted a traffic stop on a vehicle that pulled into the parking lot of the pharmacy, where the passenger exited the SUV and entered the business.

Officers questioned the driver of the vehicle and his relation to the passenger. One officer entered the business to contact the passenger and detain him. In the video, the passenger can be seen beginning to step away from the officer stating he had to use the restroom. He then began to run around the store, at one point falling down with a gun in his hand.

The second officer entered the building and located the suspect as customers were running out. One shot was fired, striking the suspect in the ear. He was transported to a hospital for care before being arrested on numerous charges.

The suspect was identified by police as 30 year old Daniel Ahlschlager of New York. He suffered minor injuries during the incident. No officers were injured.

Click HERE to view the bodycam video released by the Modesto Police Department.