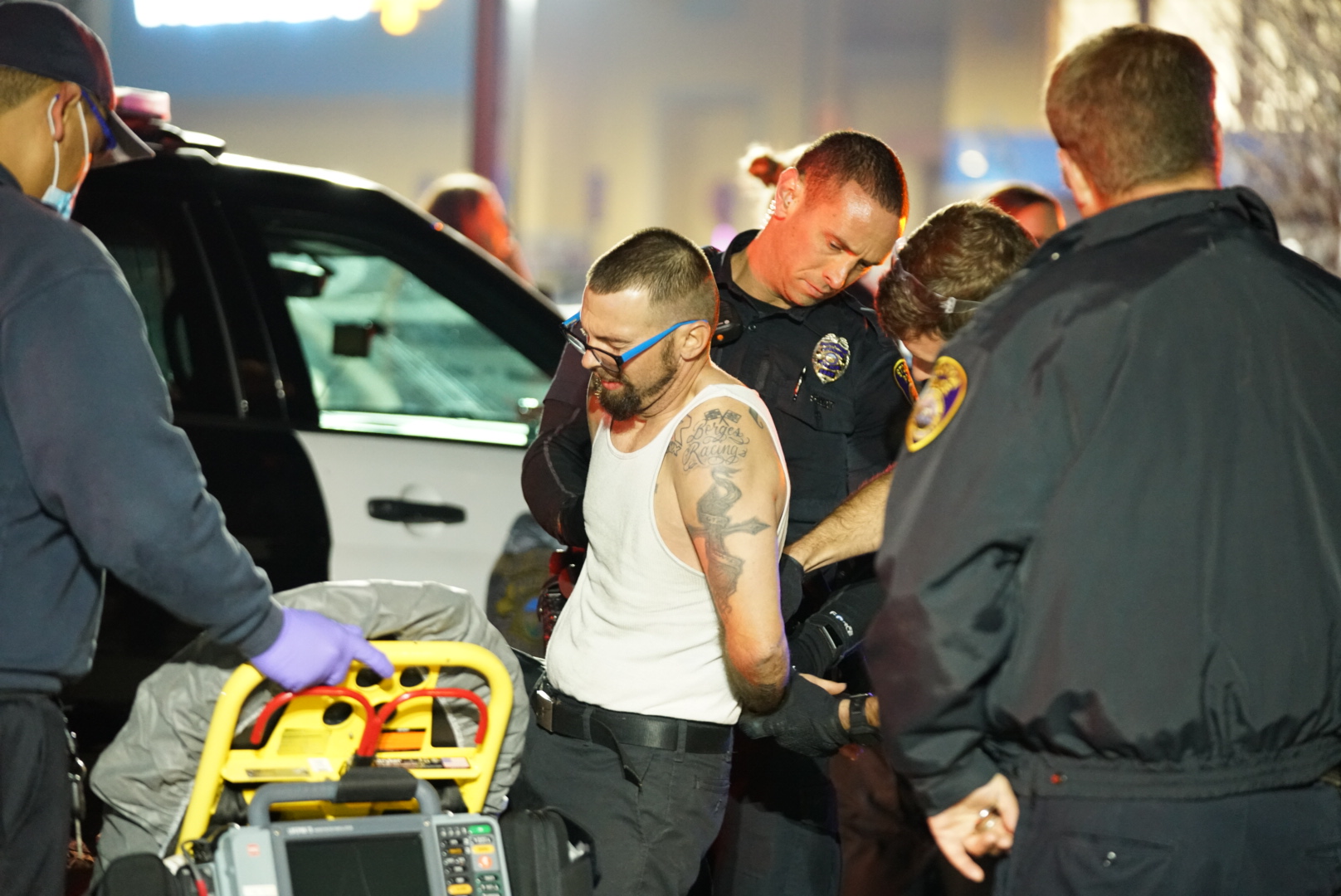 At about 4:13pm authorities received a 911 call for help from a woman stating she had just been stabbed by her boyfriend. The incident happened in a parking lot on the 5300 block of Pirrone Road.

The victim was able to provide authorities with the name of a suspect, who authorities identified as Anthony Kulp of French Camp. They were also provided with a description of a vehicle in which he fled the area in.

The victim was rushed to the hospital with life threatening injuries and underwent emergency surgery to save her life. Detectives responded and began to process the crime scene. Evidence, including a suspected weapon was collected at the scene.

The investigation led detectives to Manteca where they were able to interview a relative of Kulp and determine his location. Kulp was later located in a Walmart parking lot in north Stockton on Trinity Parkway, where police attempted to take him into custody.

Kulp refused to comply with police and did not exit his vehicle as ordered. A section of the parking lot was closed off as a standoff ensued with Stockton Police Officers and hostage negotiators. Authorities tried to reason with Kulp, who later agreed to surrender. He was arrested and taken back to Stanislaus County to be interviewed, and later booked into the Public Safety Center for attempted murder.

Authorities in a press release said Kulp was in custody just one day prior to the stabbing for a felony vandalism case from December 18th. Patrol deputies were called to the same victim’s home twice before where windows to a home and vehicle were smashed.

The press release went on to say Kulp was arrested on the 19th, however he was granted a zero-bail emergency release the same day due to the California Judicial Council’s response to the COVID-19 pandemic.

“This is yet another example of an offender who should have been in custody and instead was set free to commit this violent act due to the zero bail policies,” a statement from Stanislaus County Sheriff Jeff Dirkse read in part. The statement continued on explaining that at the minimum Kulp should have been required to post bail before being released.

Authorities said the investigation is ongoing, and encourage anyone with information regarding this case to contact Detective Fisher at (209) 525-7083.