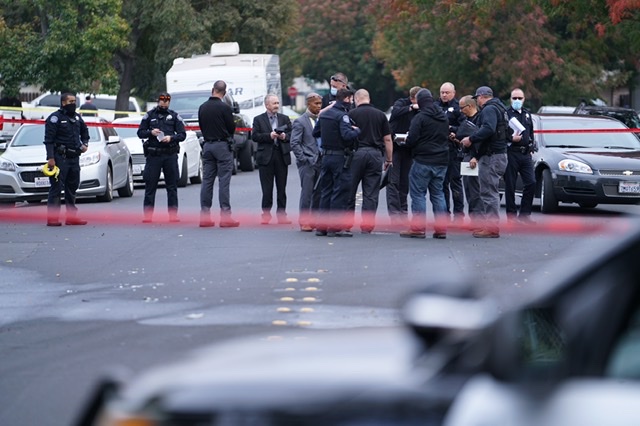 The Shooting happened on Presidio Lane near Coleman Brown Park at about 1:41pm. Officers responded to a report of gunfire in the area and were later updated of a person down.

Arriving officers located a vehicle that had crashed into a fire hydrant and a home near Celeste Drive. According to Captain Brian Findlen, a victim was found in the vehicle suffering from at least one gunshot wound. The vehicle was described as a dark Acura. A second crime scene was located just north of where the car crash occurred.

Officers began providing care to the victim, who was rushed to a hospital. Findlen said moments later a second shooting victim arrived at a hospital.

Coleman Brown School was locked down during the investigation, but later re-opened. Officials said police resources were diverted to the school as a safety precaution.

The condition of the victims was not available Friday afternoon and there was no releasable suspect information.

Authorities encourage anyone with any information regarding the shooting to contact Crime Stoppers at (209) 521-4636 where callers can remain anonymous.