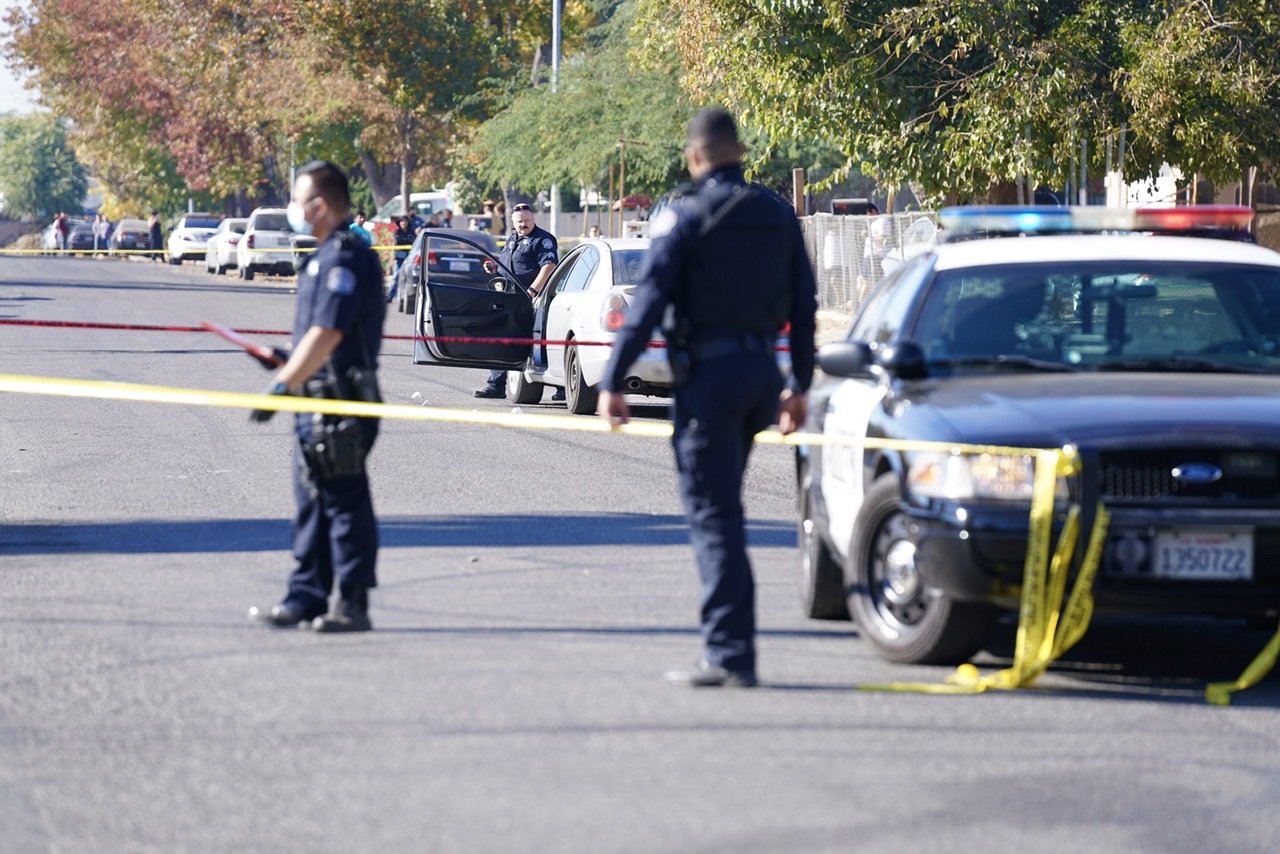 MODESTO – Authorities have identified a man killed in a shooting that happened on Sunday in broad daylight.

Eric Rogelio, 27, was found in his car after being shot multiple times on Amador Avenue near Spokane Avenue Sunday afternoon. He was pronounced deceased at the scene.

Police responded to several reports of gunfire heard in the area where Rogelio was found on Sunday shortly before noon. Both police officers and sheriff deputies responded to the area and found the victim in the driver’s seat of a car suffering from multiple gun shot wounds. The car was stopped in the middle of the road.

Detectives believe there were multiple witnesses to the shooting, and the moments that led up to the incident.

Watch video from the scene below. (Originally broadcasted live on Sunday November 15th, 2020.)

School Locked Down During Shooting Investigation