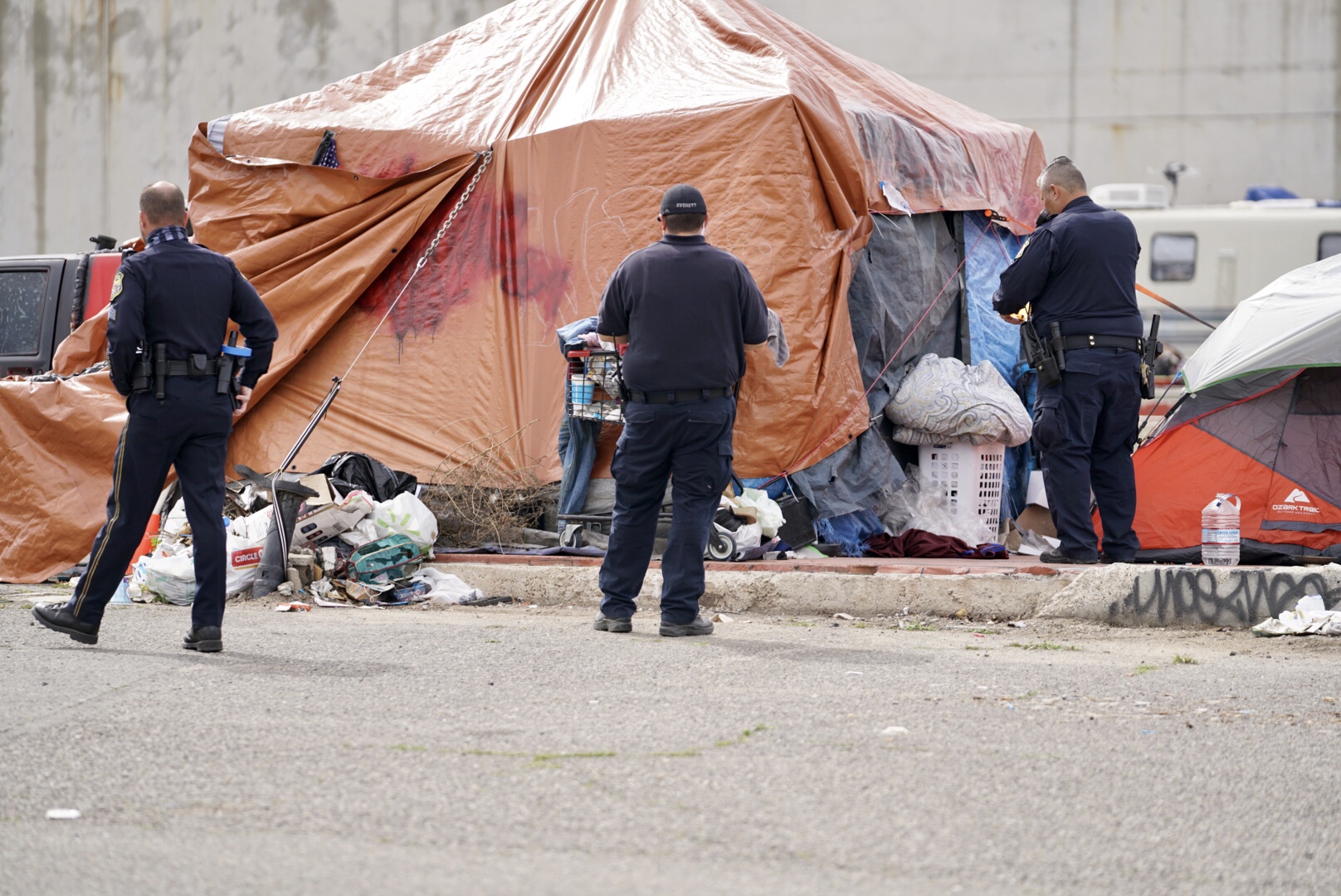 TURLOCK – A cleanup was planned for Thursday morning at a West Main Street property where a large homeless encampment established itself near several businesses.

City officials were at the camp Wednesday afternoon handing out notices to people staying there. The camp sits on property on the south side of West Main Street in between South Tully and South Soderquist Road. By Wednesday afternoon several of the campers were already packing up their belongings, and those with vehicles were working to get them roadworthy.

“None of us know where we are going to go,” said Dawn Ross, who temporarily found herself camping at the location for the last week after her vehicle broke down. Ross said she became homeless off and on after losing her job 11 years ago during the great recession.

“I tried to get the part for it, but we got the wrong one,” she said of her car. “Hopefully we can get the car fixed by tomorrow.”

Turlock Mayor Amy Bublak said in a video statement that the city is working toward a solution.

“No one should live like that, no one should have their businesses harmed or the residents harmed by all that’s going on,” the mayor said. “It’s a health and safety hazard for everyone involved.”

Back at the camp, Ross explained that in an ideal situation, no one wanted to be camped at the property. She feels that the cleanups are not a long term solution to the problem.

“I wish Turlock could do something like what Modesto did,” she said. Ross referred to the Modesto Outdoor Emergency Shelter that was implemented in 2019.

“Just designate a space for these people. Somewhere out of sight and out of mind.”

Ross acknowledged that some people experiencing homelessness traditionally have problems that require rehabilitation, but feels there is a lack of services provided in the Turlock area for them.

“This is going to push people into alleyways, into the doorsteps of businesses and parks,” Ross explained. “At least everyone was confined right here.”

Advocates visited the camp Wednesday to offer what little outreach they could to the population there. Some explained that people experiencing homelessness have a hard time transitioning to a shelter due to rules and curfews set at facilities.

“They’re not animals, they’re human beings,” Ross said. “People need to have compassion. We’re all just a few steps away from homelessness, it can happen to anybody.”