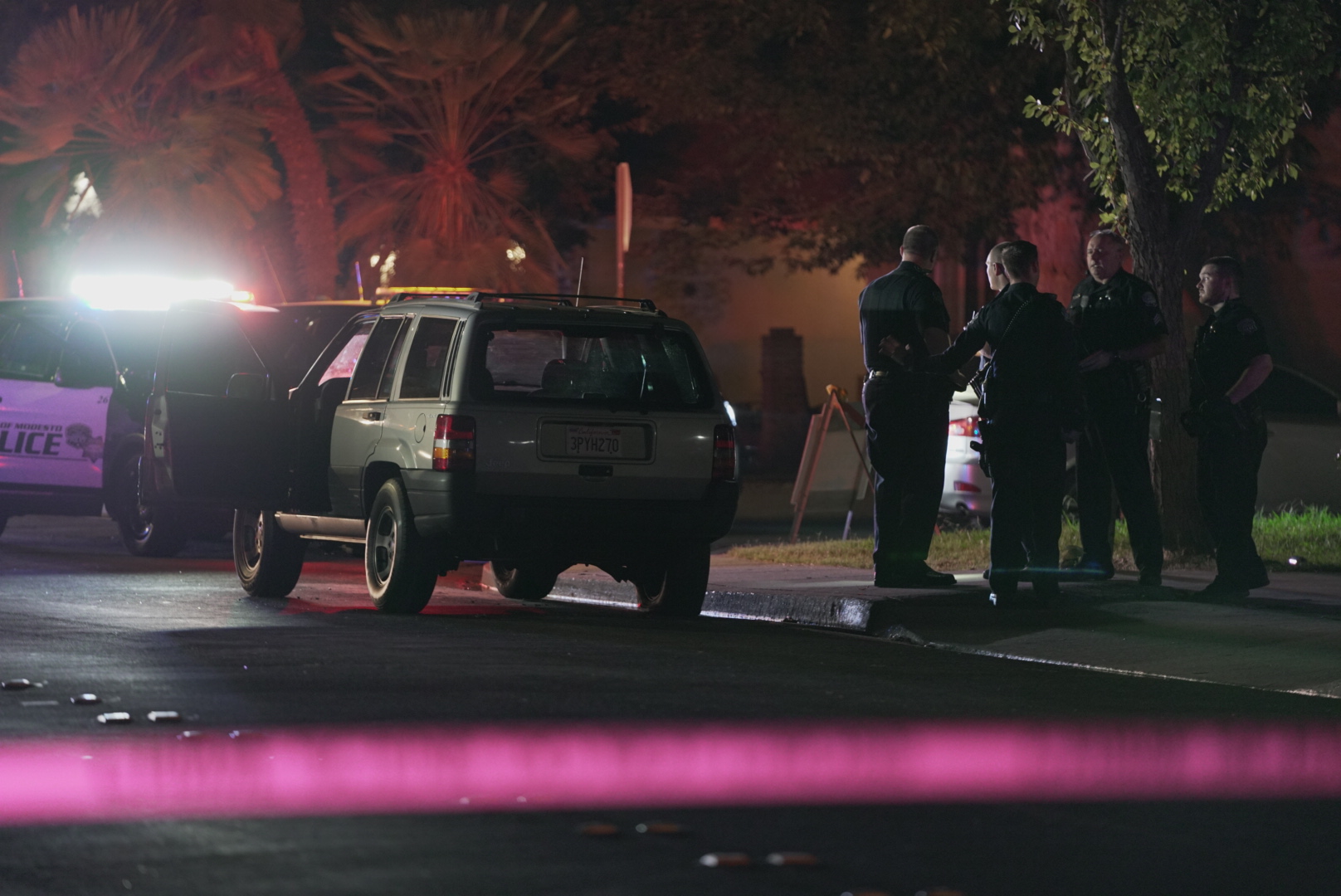 MODESTO – A woman shot early Monday morning on Blue Bird Drive died from her injuries, according to officials.

Police say the woman was shot while sitting in a parked vehicle on the 4000 block Blue Bird Drive shortly after midnight Monday. Authorities quickly arrived on scene. An ambulance responded and transported the victim to a hospital, but she died from her gunshot wounds.

Detectives arrived and took over the investigation. A large crime scene truck also responded to the scene to process any evidence that could be found.

The identity of the woman was withheld pending notification of family members.

Blue Bird Drive was closed off with red tape in both directions between between Snyder and Smokehouse Avenues.

Neighbors in the area said they heard a few gunshots initially thinking they were fireworks. They soon realized that something worse had happened when police officers began arriving.

One resident who declined to be identified said Blue Bird Drive has seen its share of trouble in recent months. Another said there were “things that happen in the area that shouldn’t be happening.”

Anyone with information regarding this case is encouraged to contact Detective Martin at (209) 342-6116 or Crime Stoppers at (209) 521-4636 where callers can remain anonymous.