MODESTO – Traffic investigators released a photo of a vehicle suspected as the responsible truck involved in a hit and run crash that killed a pedestrian Tuesday evening.

At about 8:45pm police responded to the area of 8th and L Streets for a report of a pedestrian struck by a vehicle. Police and medical personnel arrived and found the victim on the ground. He was rushed to a hospital but later died.

The pedestrian was crossing the street from corner to corner in an unmarked crosswalk, according to Modesto Police Sergeant Lance Nicolai. Although there is no marked crosswalk painted on the ground, Sergeant Nicolai explained that vehicles are still legally obligated to yield to pedestrians who are crossing the road at such intersections.

The collision threw the pedestrian toward the curb on L Street. The pickup truck continued west on L before turning north on 7th and driving off.

Police are seeking a dark green Chevy S-10 or GMC Jimmy, between 1994 and 2004 models. Authorities say the back window is tinted black and it has a diamond plate style toolbox in the bed, and there should be significant front end damage.

Authorities are urging anyone who may have information regarding this collision to contact Investigator Radeuchel at (209) 572-9500, or Crime Stoppers at (209) 521-4636 where callers can remain anonymous. 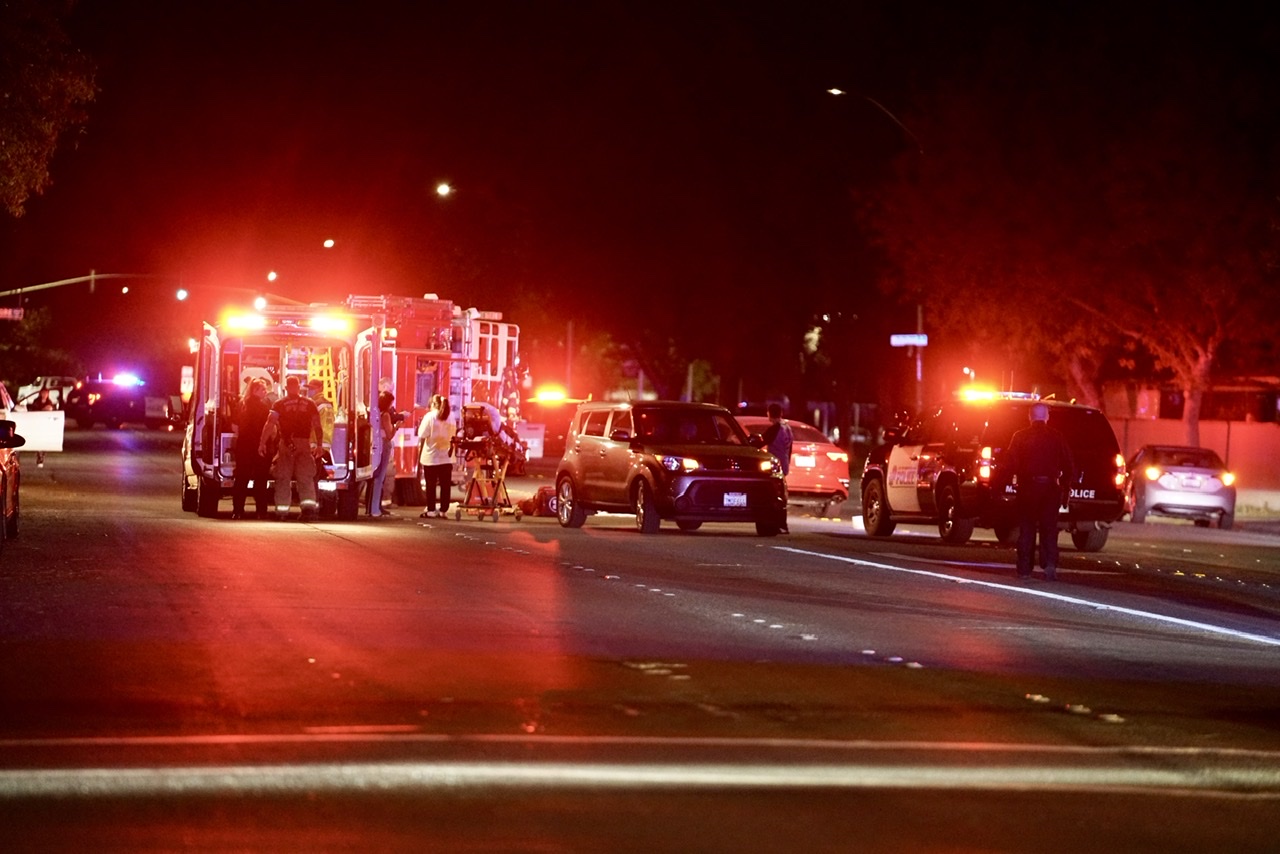 The crash happened shortly before 9:30pm near the intersection of Orangeburg and Lakewood Avenues. Early reports indicate a bicyclist was struck by a vehicle.

Arriving officers located the victim down in the roadway and began performing life-saving measures. Despite efforts, medical personnel pronounced the bicyclist deceased at the scene.

Early reports indicate the involved vehicle fled the collision scene. There was no confirmed description of that vehicle or driver at time of publication.

Police closed off Lakewood just north of Orangeburg in both directions while conducting an investigation. 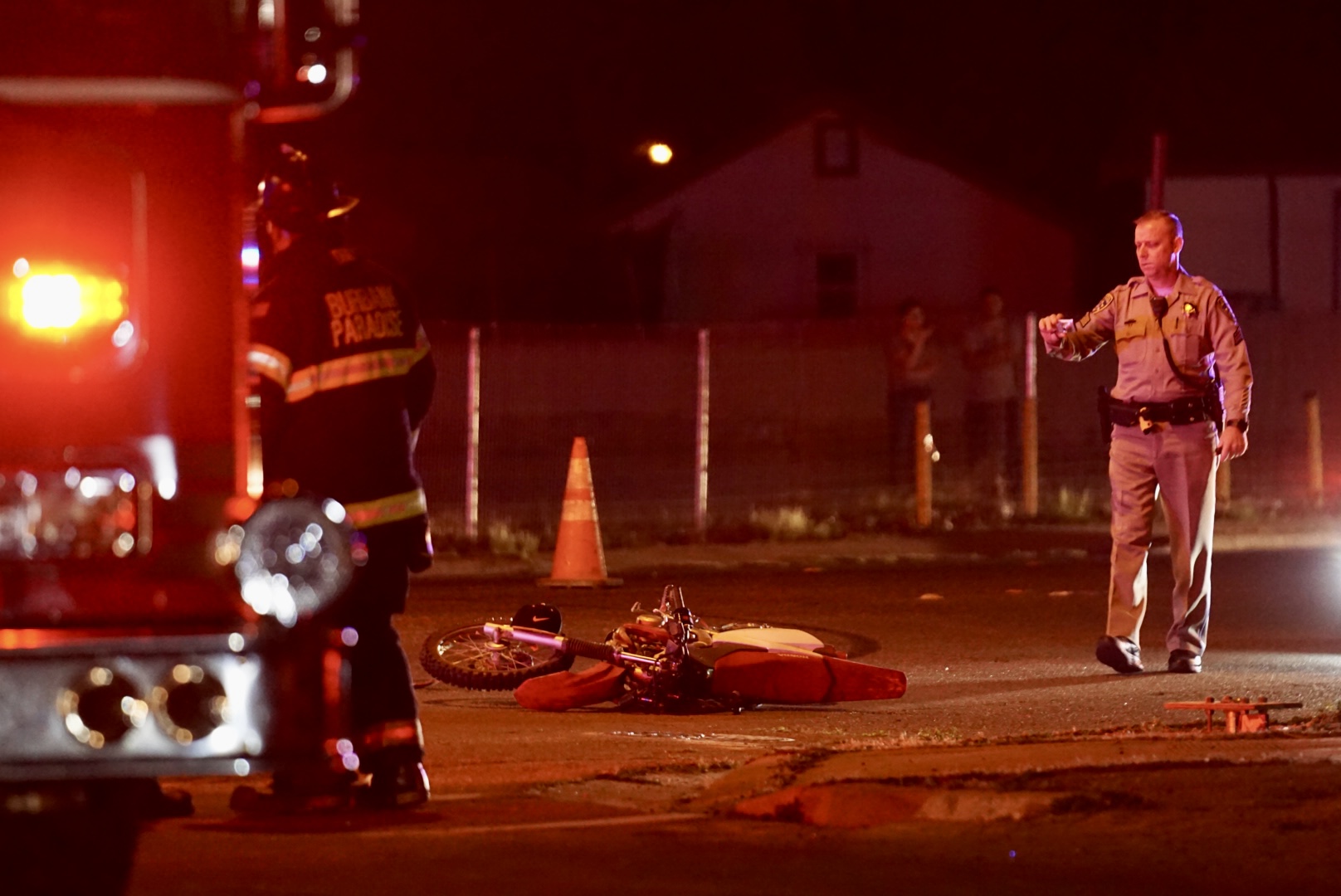 MODESTO – Officers with the California Highway Patrol investigated a crash that claimed the life of one person Wednesday night.

The crash happened at about 7:40pm near the intersection of Paradise Road and Vernon Avenue. Arriving first responders located a dirt bike rider with major injuries. The rider was pronounced deceased at the scene.

The intersection was closed while authorities investigated the crash. The dirt bike was described as a Honda 125.

During the investigation, CHP issued a “Be on the Lookout” for a dark unknown type passenger vehicle with substantial damage to the right side.

Paramedics with American Medical Response and firefighters with Burbank-Paradise Fire Protection District responded to the scene.

Anyone with information regarding this crash is encouraged to contact the California Highway Patrol at (209) 545-7440. 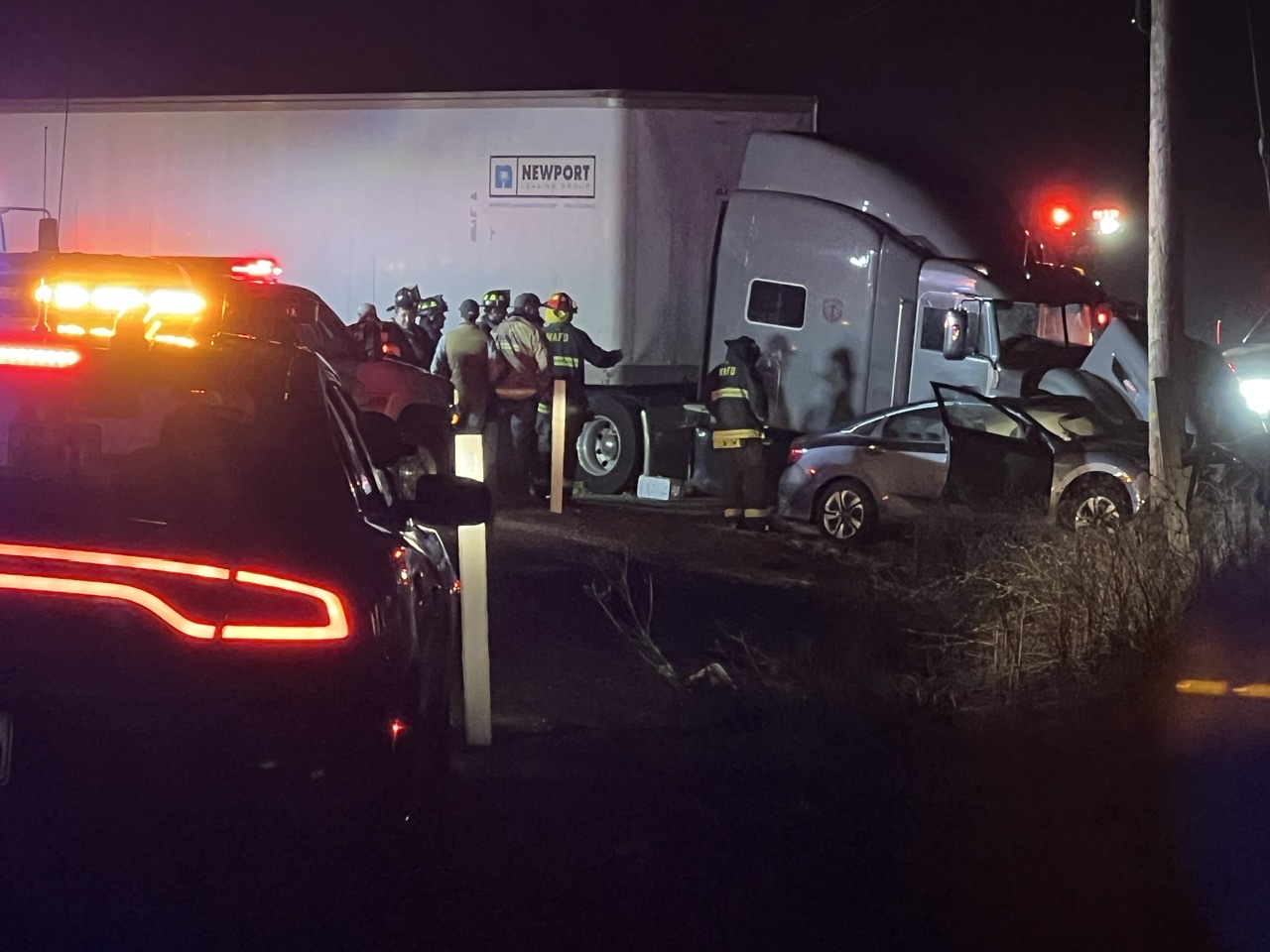