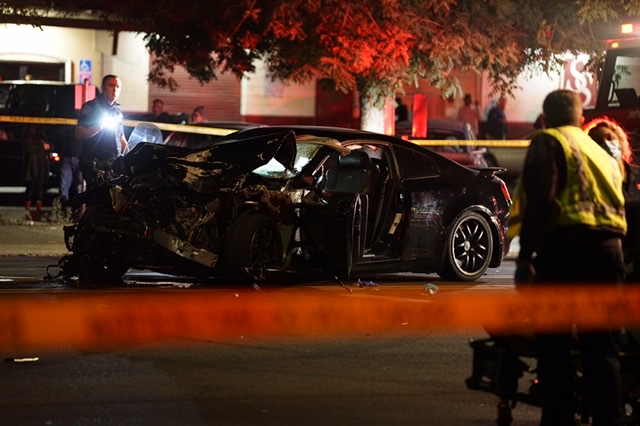 The crash happened near the intersection of Carver Road and Standiford Avenue at about 9:15pm. A red Jeep Wrangler and a dark colored Infiniti sports car were involved in the collision.

Police believe the Infiniti and another silver car were racing westbound on Standiford when the Jeep was pulling out of a nearby gas station. The Infiniti and the Jeep collided, ejecting the driver of the Jeep to a parking lot across the street. She was transported to a hospital where she died from her injuries. The Infiniti was heavily damaged, the silver car continued on.

Investigators closed off Standiford Avenue from Carver Road west to Shawnee Drive. A large crowd of witnesses gathered in a nearby parking lot to observe the scene.

Police believe alcohol was involved on behalf of the driver of the Infiniti. Officials anticipate forthcoming charges for him associated with the crash. He was transported to a hospital for treatment.

Anyone with information regarding this crash is encouraged to contact Crime Stoppers at (209) 521-4636 where callers can remain anonymous.