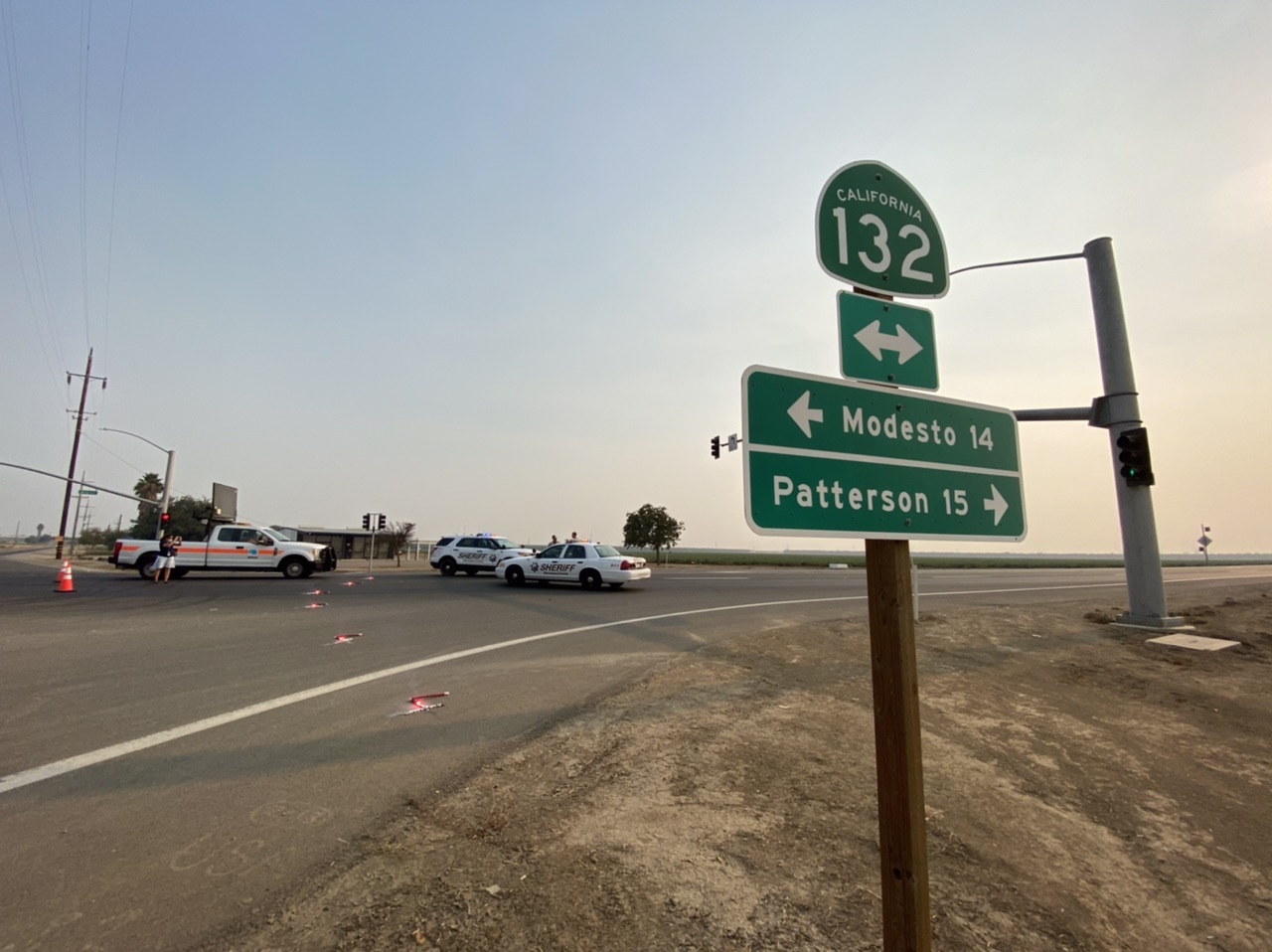 VERNALIS – Emergency crews responded to a crash that claimed the lives of two people on Highway 132 Monday afternoon.

The crash was dispatched to the California Highway Patrol shortly after 4:00pm near the intersection of Highway 132 at Kasson Road. Early reports indicate the crash involved two vehicles.

Arriving emergency crews found one vehicle off the road with two deceased adults and two children trapped in the back seat. A motorist in the second involved vehicle suffered significant injuries.

Three ambulances and two helicopters responded to the scene, along with firefighters from West Stanislaus and Tracy Fire Departments.

The involved vehicles were a Ford Econoline van which came to stop down an embankment on the north side of Highway 132. The other was a Honda Civic with major damage to the right side.

Highway 132 was impacted while emergency crews worked. The cause was under investigation.