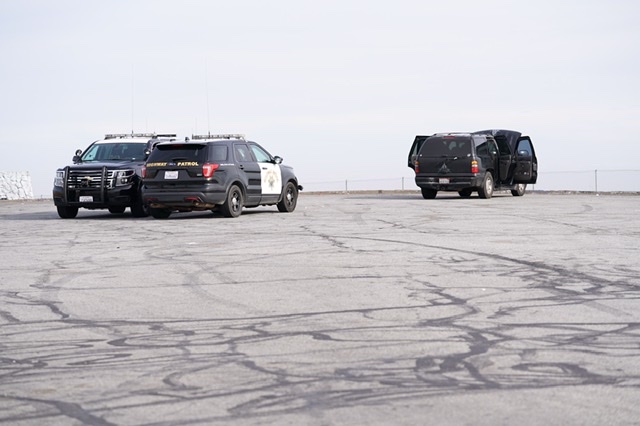 NEWMAN – Two suspects wanted in connection to a homicide in Oregon were captured in Stanislaus County by authorities Wednesday.

Authorities with Grants Pass Department of Public Safety responded to a 911 call from the Red Lion Inn after an employee found a man on the floor of a room at the hotel.

Detectives responded and found 42 year old Ryan Antone Dutra deceased from a gunshot wound. Authorities said Dutra was a resident of California and was renting a room at the hotel. No one else was found in the room, and no one in the area had any knowledge of the incident.

Investigators were able to develop leads using surveillance video, cell phone and license plate technology. They identified the suspects as 41 year old Derek Ian Smith and his wife 34 year old Tera Lindsey Smith. Both were reported as residents of California. Detectives believe both suspects had already returned by the time they were identified.

Authorities in Grants Pass coordinated with authorities in California to locate both suspects. They were able to track them down to Stanislaus County, where their vehicle had broken down at a vista point along Interstate 5 in the Newman area.

Officers with the California Highway Patrol and Deputies with the Stanislaus County Sheriff’s Office responded to the rest area and spotted their SUV with an open hood. Early reports indicated they were attempting to jump start their vehicle. Both suspects were taken into custody at about 10:30am without incident.

Both suspects face charges including murder, robbery and unlawful use of a weapon. The Grants Pass Department of Public Safety acknowledged the swift work of investigators and local allied agencies to apprehend them both.