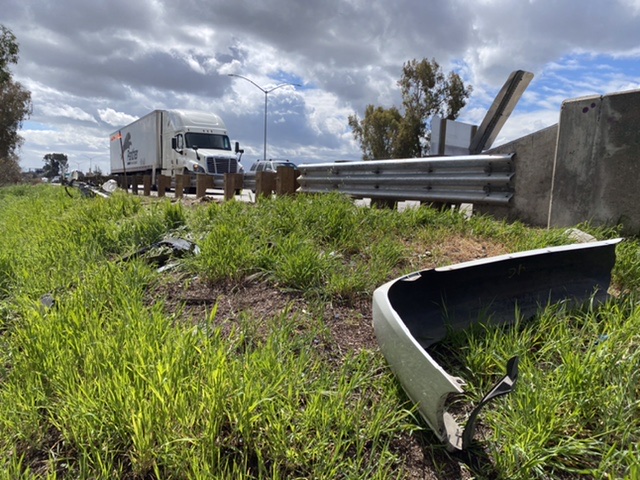 MODESTO – Investigators with the California Highway Patrol are asking for witnesses regarding a crash that caused major injuries Sunday afternoon.

The crash was dispatched shortly before 4:00pm on the northbound lanes of Highway 99 near the Tuolumne Boulevard exit. Several vehicles were involved in the collision, with one crashing down the embankment onto Zeff Road near the Tuolumne River Bridge.

According to the California Highway Patrol, officers believed a silver Infinity sedan and a silver BMW sedan were possibly racing on the highway when the collision occurred. The multi vehicle collision caused a Chevrolet SUV to crash down onto Zeff Road. The driver of the Chevrolet suffered major injuries.

The driver of the BMW continued north on Highway 99.

Authorities seek anyone who witnessed the crash to contact Officer Rafael or Officer Norseen at (209) 545-7450. 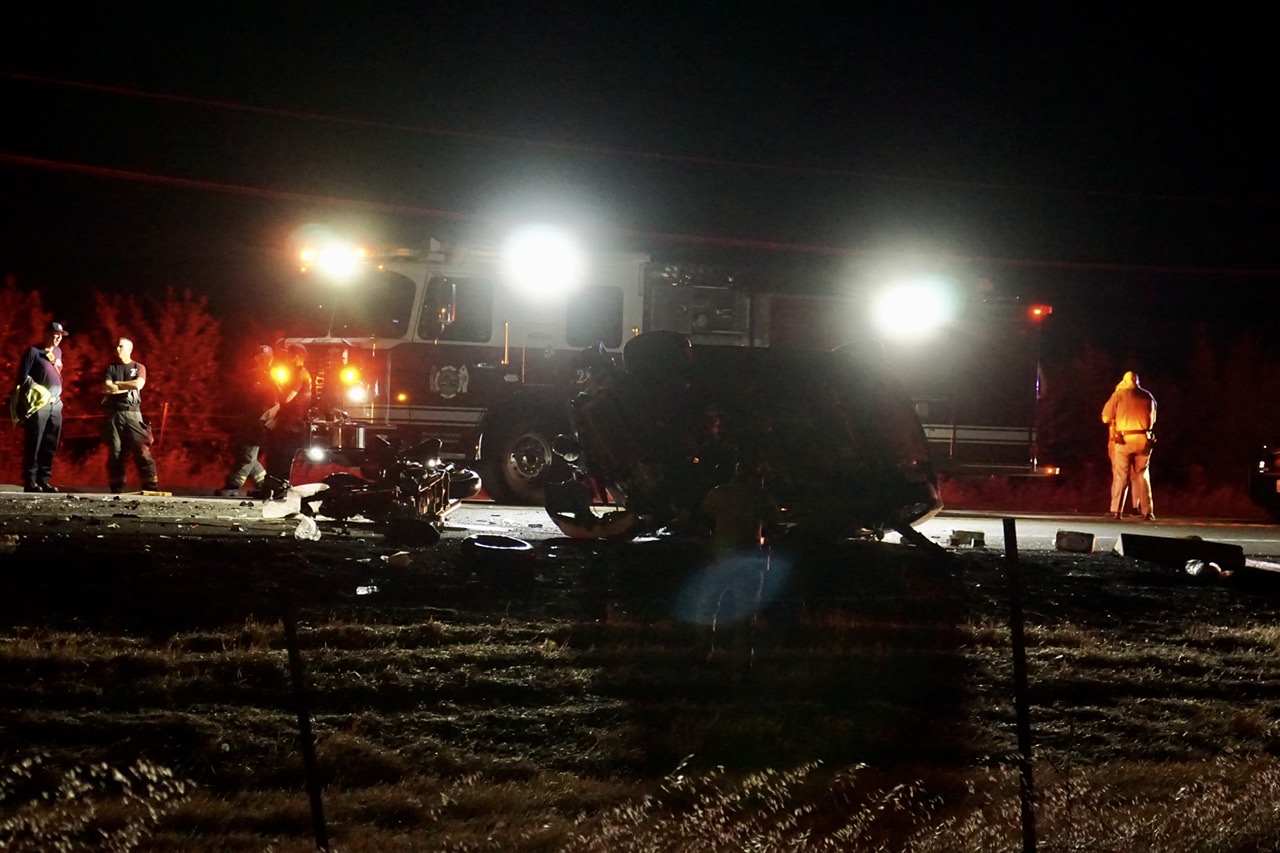 OAKDALE – A crash on Highway 120 closed the roadway and claimed the life of a motorcyclist Wednesday night.

The crash was reported on Highway 120 just north of Valley Home Road at about 9:52pm. Early reports indicate a motorcycle, Toyota Prius and a big rig were all involved in the crash. The Prius appeared overturned next to the motorcycle. The rider was ejected from the bike.

The roadway was completely closed to traffic while officers with California Highway Patrol investigated and took measurements. The circumstances surrounding the crash were not available at time of publication. 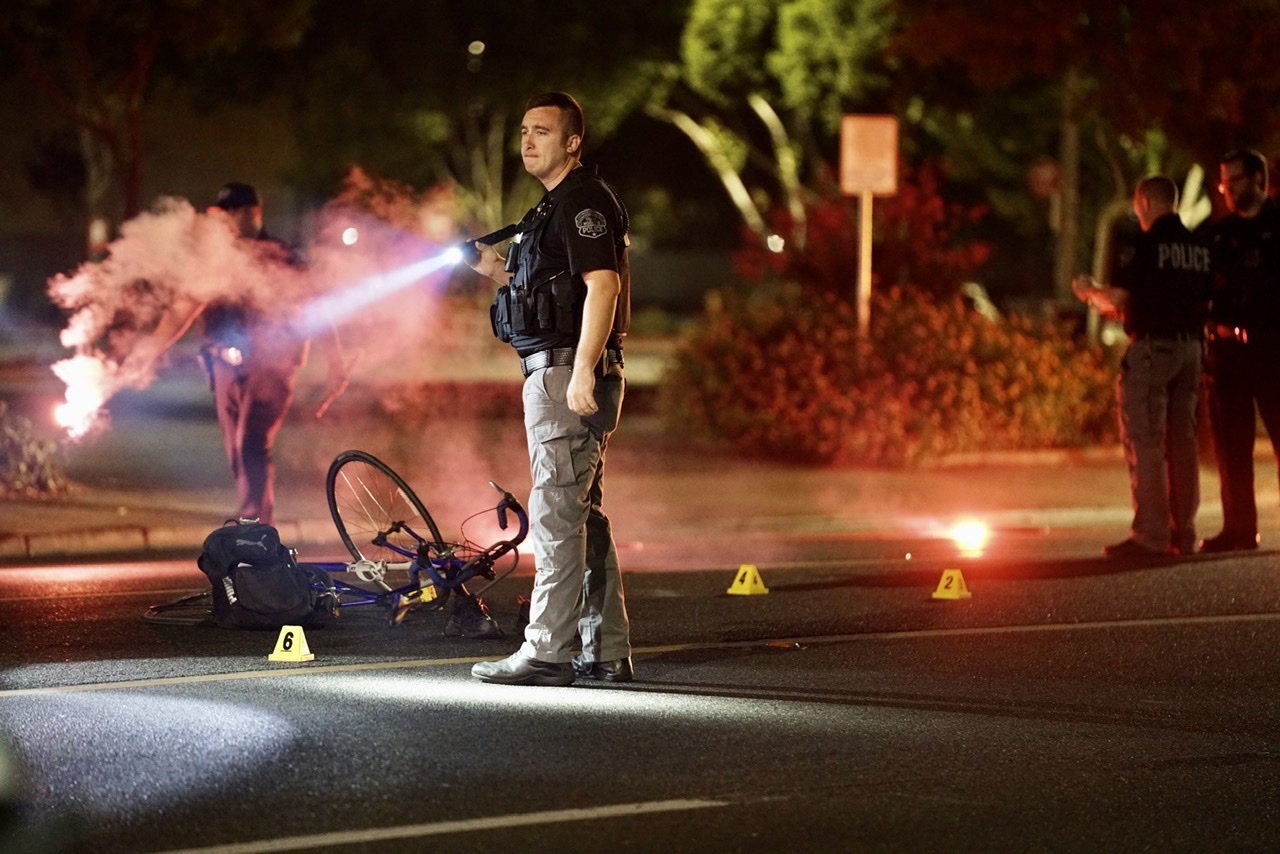 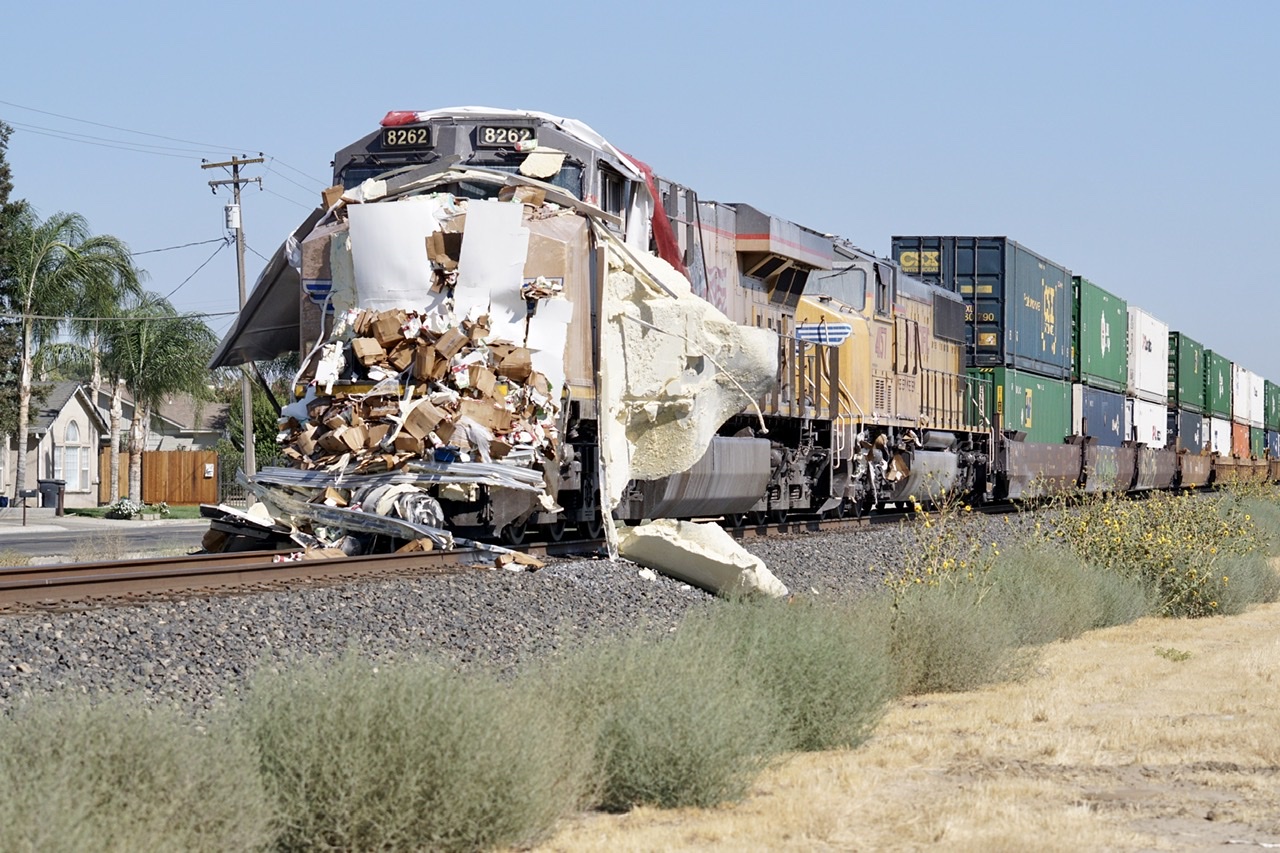 TURLOCK – A collision involving a freight train and a truck trailer closed down a busy roadway Wednesday afternoon.

The crash was dispatched at about 3:40pm at the intersection of South Golden State Boulevard near Daubenberger Road. The trailer involved in the crash was destroyed, spilling contents onto the roadway.

Railroad traffic was stopped while emergency crews worked at the scene. The truck appeared to be carrying food product or fruit juice.

The circumstances regarding the crash were still under investigation however no injuries were reported.