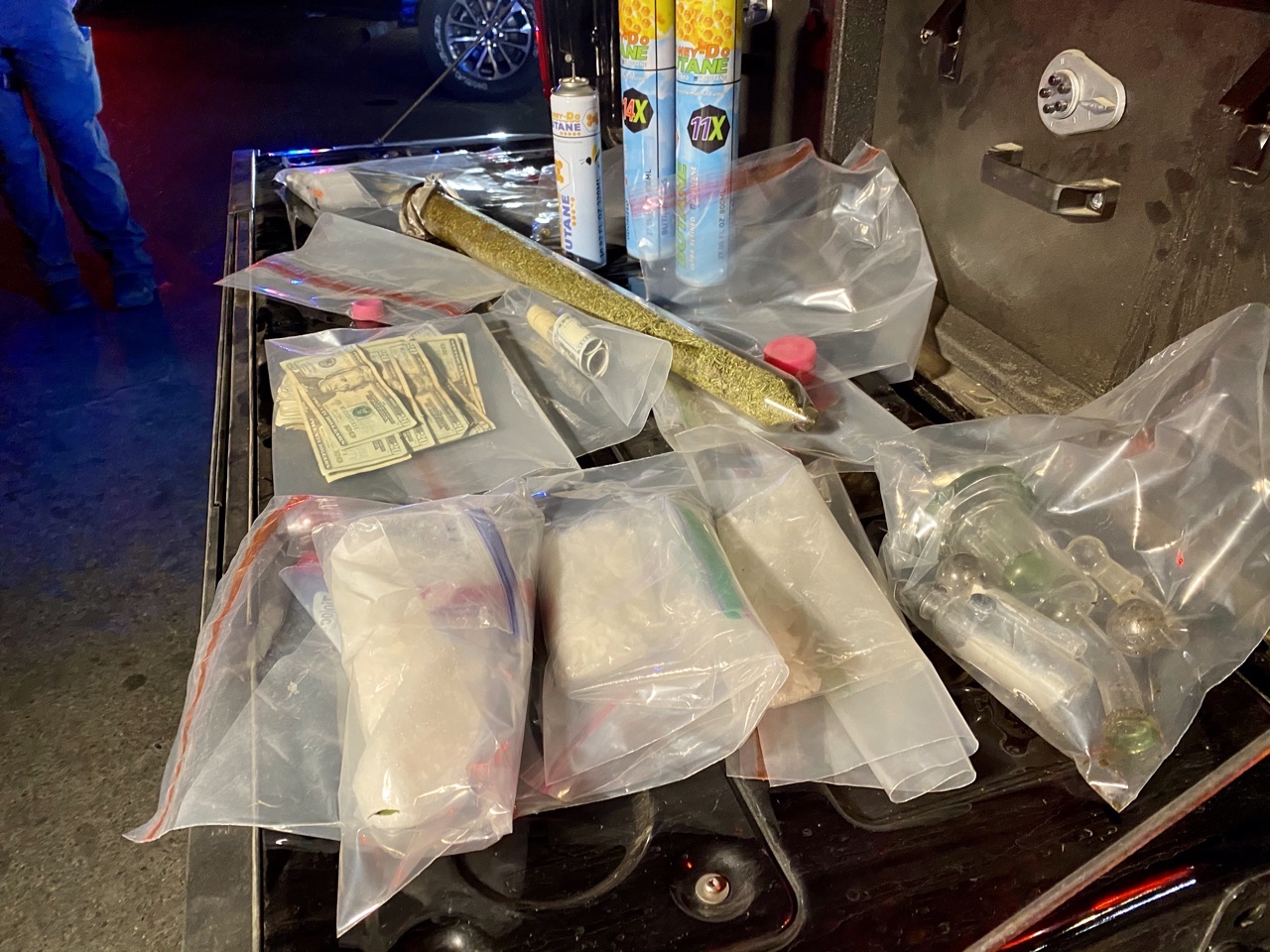 MODESTO – Acting on a complaint about suspected narcotics sales, authorities located drugs and lab supplies after conducting a search at two properties.

Deputies assigned to the Stanislaus County Sheriff’s Community Resource Unit conducted a probation search at a residence on the 500 block of Bystrum Road Tuesday. Officials at the scene said they received complaints about the property reporting suspected controlled substance sales. The investigation resulted in Tuesday’s search of a home and adjacent property.

During the probation search, a total of 5 people were detained. Some had fled to the adjacent property into a marijuana grow surrounded by metal sheeting to shield the plants from public view. Several cars in and around the properties were searched as well in case people were hiding in them.

Authorities were able to convince those attempting to hide in the grow to surrender. The access to the grow from the residence in question gave authorities reason to believe both properties were affiliated. Although authorities were able to conduct an initial search based on the probation status of a resident, deputies obtained a search warrant for the properties. At least one person was on probation for narcotics and theft related charges, officials said.

During the investigation, one person walked up to authorities and claimed ownership of the grow. That person was also detained by authorities.

During the search of the properties, deputies located a safe containing cannabis product, an estimated half pound of crystal methamphetamine, cash and heroin. Assistance from the Ceres Fire Department was utilized to cut the safe open.

Deputies also located scales, several baggies, pipes, and items to produce a butane honey oil lab. Officials noted the lab was in its early stages, allowing it to be safely dismantled and removed. Butane labs are considered extremely dangerous and volatile, often exploding from small sparks or static electricity discharges.

Ammunition and about 100 mature marijuana plants were also found and confiscated by the Community Resource Unit. At least two of the people detained faced cultivation charges related to the case.

Drowning of Child Was a Tragic Accident, Police Say